This volatile market year was full of historical milestones and the end of the year will be no different for a key stock index.

Read More: Here are the best and worst performing stocks of this tough and volatile year for the market

The S&P 500 is set to end 2018 down nearly 7 percent. The fourth-quarter sell off flies in the face of history, as the last three months are typically the strongest time of the year for the markets. 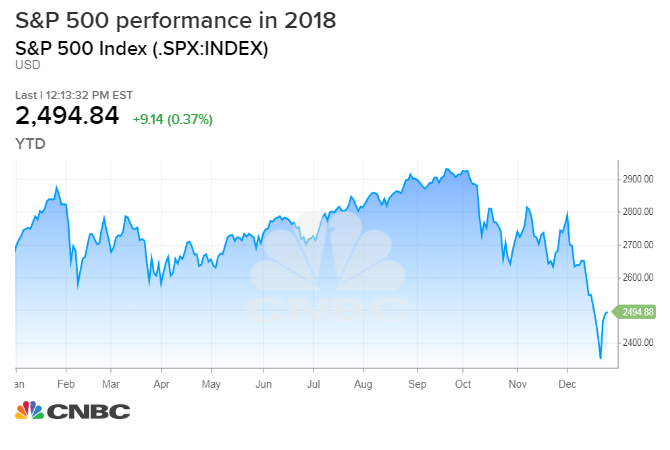