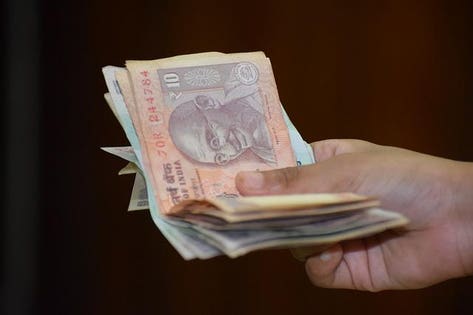 Indian cinema goers received an early Christmas gift when the 31st Goods and Services Tax (GST) Council met on December 22 with an aim to cap the tax levied on various goods and services at 18% instead of the present rate of 28%.

At the end of the meeting attended by representatives from all Indian states, it was announced that the GST on movie tickets priced above Rs 100 ($1.43) would be reduced from 28% to 18%. The GST on cinema tickets priced below Rs 100 would be slashed from 18% to 12%.

The GST on movie tickets in India has been reduced.Max Pixel

Through the past year, since the implementation of the GST on movie tickets, the Bollywood film industry was trying its best to grapple with the dip in moviegoing numbers caused by the increased ticket prices. Multiplex owners had been trying to negotiate a reduction since July last year, when the Indian government classified cinema tickets under the highest 28% slab of GST. On top of this, a lot of Indian states decided to roll back on the entertainment tax benefits after the GST subsumed the entertainment tax. As a result, theater owners were long engaged with the high courts, seeking tax reliefs.

The dying breed of Indian single-screen theaters was the worst hit by the 28% slab for entertainment tax especially in states that charged little or no entertainment tax. This was especially bad news for regional film industries that often worked with very low tax rates. Cinemas in the central Indian state of Madhya Pradesh had closed down last October, in protest against the 15% local tax imposed in addition to the 28% GST, finding it untenable to run theaters at such exorbitant expenses.

Alok Tandon, CEO of the multiplex company INOX Leisure welcomed the government’s decision and announced, “This will give an impetus to the Indian film industry and ensure the penetration of multiplexes into the smaller towns of India.” It is expected that the money theaters end up saving from the reduction of GST will be put into serving the movie going customers, which will be able to win back the audience the expensive tickets had managed to keep away.

Siddharth Roy Kapur, President of the Producers’ Guild of India, announced that the GST reduction “will help the industry move forward positively with increased investments in both exhibition infrastructure and creative development, enabling even better cinema and greater screen density across the country.” Roy Kapur, along with other delegates like filmmaker and producer Karan Johar, actors Akshay Kumar and Ajay Devgn and CBFC chief Prasoon Joshi, had earlier met with Prime Minister Narendra Modi to discuss the implications of the high GST imposed on movie tickets.

Johar, who made blockbusters like Kuch Kuch Hota Hai and Kabhi Khushi Kabhi Gham, took to Twitter and joined film exhibitor Akshaye Rathi in thanking Modi for this decision.

Would like to thank our Prime Minister @narendramodi for the swift action on the GST rate on movie tickets….Great news at the year end! Thank you sir for your proactivity and support….. https://t.co/QEn303lBti

Kumar, too, took to Twitter to thank Modi for his patience and the swiftness of his decision.

Quick action and how! Within a few days of our meeting with hon. Prime Minister @narendramodi ji, the Government addressed our concern…GST for movie tickets to be reduced. A welcome move for the industry and audiences as well.

The GST reduction seems promising for the Indian film industries and as Roy Kapur puts it, “Cinema can be a significant instrument of Indian soft power around the world while continuing to act as a uniting force for all Indians.”

Starbucks earnings top estimates as sales rebound quicker than expected in U.S., China
This start-up promised higher interest rates on savings. Now some customers are struggling to get their money back
Stocks making the biggest moves midday: Eli Lilly, Caterpillar, Chegg, Harley-Davidson and more
4 ways wealthy families are trying to head off heftier estate taxes under a Biden administration
Facebook reports a decline in users in the U.S. and Canada